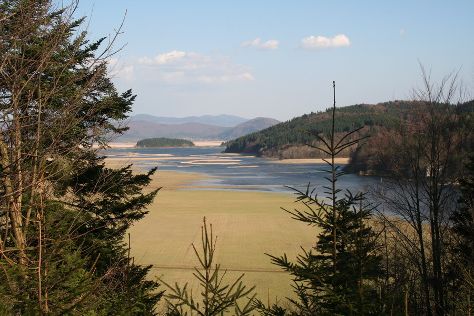 Take a break from the city and head to Cerknica Lake and Notranjski Regional Park. There's still lots to do: take in the awesome beauty at Slivnica.

For photos, ratings, maps, and other tourist information, use the Cerknica trip itinerary builder site.

Ljubljana to Cerknica is an approximately 1-hour car ride. August in Cerknica sees daily highs of 31°C and lows of 15°C at night. You'll set off for home on the 11th (Fri).
more less

Things to do in Cerknica