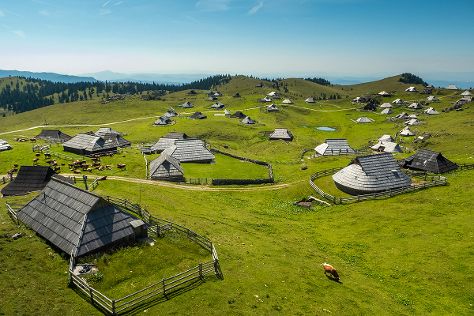 You'll visit kid-friendly attractions like Pyramid Archaeological Site and Old Vine House. Take a break from the city and head to Velika Planina and Mariborsko Pohorje Ski Resort. You'll find plenty of places to visit near Maribor: Ptuj (Ptuj City Tower & Ptuj Castle), Velenje (Velenje Beach & Tito Statue) and Hell Cave (in Sempeter v Savinjski Dolini). And it doesn't end there: admire the sheer force of Logar Valley Landscape Park, relax and rejuvenate at some of the best spas, delve into the distant past at Water Tower, and take in the spiritual surroundings of Plague Column.

In July, daily temperatures in Maribor can reach 32°C, while at night they dip to 18°C. Wrap up your sightseeing on the 12th (Sun) early enough to travel back home.
more less