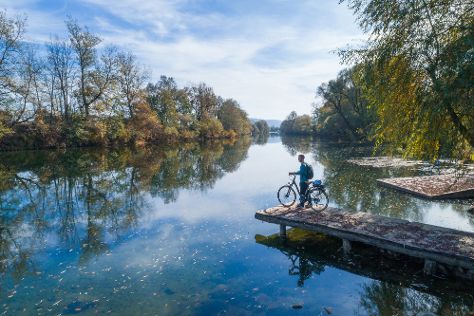 ©
Metlika is a town and municipality in the southeastern Slovenia. On the 18th (Thu), admire the masterpieces at Galerija Kambic and then see the interesting displays at Belokranjski Muzej. Get ready for a full day of sightseeing on the next day: identify plant and animal life at River Krupa Spring, contemplate the waterfront views at Kolpa River, and then go for a walk through Lahinja Regional Park.

Riga, Latvia to Metlika is an approximately 10.5-hour combination of flight and car. You can also drive. The time zone changes from Eastern European Standard Time to Central European Standard Time, which is usually a -1 hour difference. When traveling from Riga in June, plan for a bit warmer days in Metlika, with highs around 30°C, while nights are about the same with lows around 15°C. Wrap up your sightseeing on the 19th (Fri) early enough to travel to Piran.
more less

Things to do in Metlika 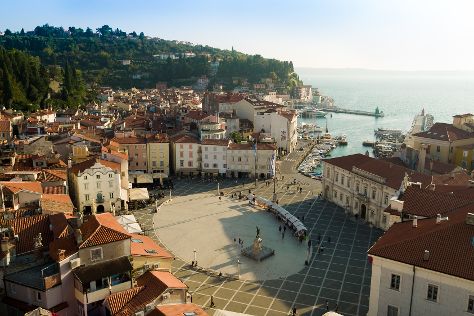 Considered one of the prettiest cities on the country's coast, Piran owes much of its development to salt.

On the 20th (Sat), make a trip to Tartini Square, take in the architecture and atmosphere at Chiesa di San Rocco/ Cerkev sv. Roka, take a leisurely stroll along Port Piran, then admire the striking features of Benečanka Venetian House, then pause for some serene contemplation at Church of St. Francis of Assisi, and finally contemplate in the serene atmosphere at St. George's Church. On the 21st (Sun), you'll have a packed day of sightseeing: engage your brain at Magical World of Shells Museum, meet the residents at Piran Aquarium, then see some colorful creatures with a scuba or snorkeling tour, then make a trip to Walls of Piran, and finally kick back and relax at Portorož Beach.

Discover how to plan a Piran trip in just a few steps with Inspirock's itinerary builder.

You can drive from Metlika to Piran in 2.5 hours. In June in Piran, expect temperatures between 32°C during the day and 18°C at night. Cap off your sightseeing on the 21st (Sun) early enough to go by car to Škocjan.
more less

Things to do in Piran 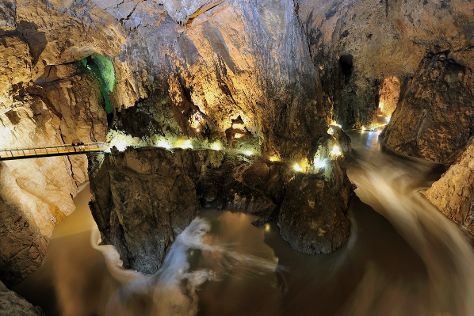 Most people visit Skocjan to tour the famed caves, one of Slovenia's top attractions.

On the 22nd (Mon), Head underground at Škocjan Caves and then don't miss a visit to Chiesetta Romanica Con Danza Macabra.

To find ratings, maps, where to stay, and other tourist information, use the Škocjan online vacation planner.

Getting from Piran to Škocjan by car takes about an hour. Finish up your sightseeing early on the 22nd (Mon) so you can go by car to Vipava.
more less

Things to do in Škocjan 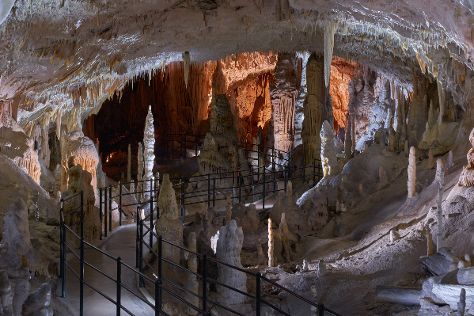 Vipava sits in a green landscape where picturesque and unspoiled nature delivers exciting opportunities to get active in the outdoors throughout the year.

On the 23rd (Tue), explore the fascinating underground world of Postojna Cave, then step into the grandiose world of Predjama Castle, and then contemplate the waterfront views at Vipava River Spring.

To find other places to visit, ratings, photos, and other tourist information, refer to the Vipava online attractions planner.

Vipava is just a stone's throw from Škocjan. Expect a daytime high around 32°C in June, and nighttime lows around 21°C. Wrap up your sightseeing by early afternoon on the 24th (Wed) to allow time for travel back home.
more less

Things to do in Vipava

Postojna
Find places to stay Jun 22 — 24:
Hotels on Booking.com
Hotels on TripAdvisor
Highlights from your plan